This was the largest, most profitable and longest operating mine in Maldon. It was the last major mine to close, ceasing operations in 1926. The surviving structures represent the most comprehensive set of mining foundations in Victoria. There is a very comprehensive collection of information about this mine at the site, as well as at the Maldon Museum.

The unique drill developed by Robert Dent Oswald, is on view at the center. His home – "Lauriston," is a single story bluestone house which can be seen on the Newstead Road, on the way to the mine. He was an unpretentious man who became one of the four richest gold magnates in Victoria. 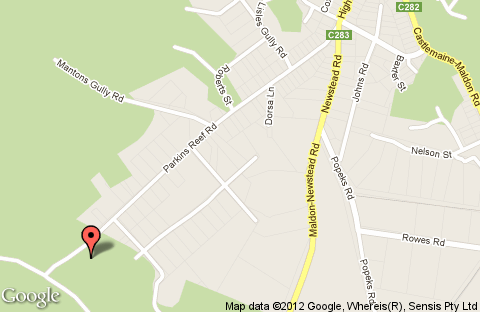